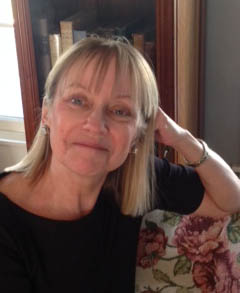 Despite many discomfiting experiences at cocktail parties, where I have been forced to admit to being a writer, and an essayist at that, writing essays remains my true love.  Believe it or not, I have probably published at least 350 of them, mainly because when I was a weekly columnist for The Beach Reporter in Manhattan Beach, California; I published one a week for five years.  That’s about 250 right there!  My very first essay appeared in the Los Angeles Times on New Year’s Day, 1986.  I waited all day for a phone call from anyone saying they had read it and liked it a lot.  No one called.  This should have been a hint as to my future years of obscurity as an essayist.

My essays have also appeared in The New York Times, Newsweek, Chicago Tribune, Philadelphia Inquirer, Baltimore Sun, Christian Science Monitor, Newsweek (“My Turn”), Main Line Life, and Main Line Times.  In 1996 I applied to Bread Loaf, and had the extreme good fortune to study with Andrea Barrett.  Nearly twenty years later, I decided maybe I needed an actual advanced degree, and got my MFA from Bennington College in Vermont.  This allowed me to get a real job as an English teacher at the Agnes Irwin School in Villanova, PA, a two-year experience I will be forever grateful for.

In 2001 I wrote a novel, The Lake Poet, and decided, after querying several agents, to publish it myself.  It sold 4,000 copies, and I am still really proud of that book, and still harbor a not-so-secret hope that it will someday get picked up by a “real” publisher.

During my time living in Pennsylvania, I also became a regular contributor to NewsWorks, the online news source for WHYY (NPR) in Philadelphia.  I wrote many essays for them, but also during one August, wrote a “short-short story” a day for the entire month.  That was really fun.  Seriously!  In the meantime, I also began publishing short stories.  These have appeared in American Way, Red Rock Review, Clapboard House, Pioneer Press, and South Boston Literary Gazette (best in issue).  I have now written enough short stories for a collection, however, I am told the only worse thing than being an essayist is being a short story writer – as far as sales and marketing are concerned.  Tell that to Alice Munro…